Archive for the ‘Market Perspectives’ Category

This market perspective was contributed by Michael Mazzotta. 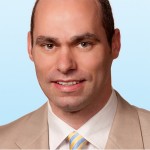 The San Diego market has been a very dynamic tenant and landlord market as of late. Rental rates have climbed back to where they were pre-recession inn 2006, 2007, 2008. Office markets such as La Jolla UTC, Sorrento Mesa, Sorrento Valley, and Rancho Bernardo have stabilized the most and are now fairly balanced markets putting landlords and tenants on equal footing.

The leasing market in San Diego has improved greatly in the past 18 months. We are seeing more and more companies expanding their offices, and we have seen a great number of companies leasing multiple locations.

Two big things are driving growth: First is the general rebound of the overall local economy. Companies are beginning to invest again and grow headcount. We are seeing many more expansions and less “blend and extend” type deals. This is especially true in the technology sector. Technology start-ups have always fueled the excitement and demand of the San Diego markets and we will continue to see this trend continue. More and more start ups are attracted to San Diego due to it’s abundance of work/live environments throughout all of the submarkets.

For San Diego County tenants that are looking to find space, I would suggest narrowing your search to buildings with 10,000 square feet or more. I would also focus on buildings that have historical vacancy to capture the best deal. These buildings also provide the ability to expand quickly without having to break a lease and relocate. Never forget to include in your lease a first right of refusal. And always put early occupancy and free rent inside the lease with landlords that want to see a higher contract rent. Securing the right lease and space goes far beyond just getting the lowest starting rent.

Written by The Rofo Team

This market perspective was contributed by Michael Tucker of Scotland Wright Associates. 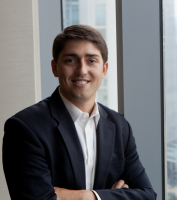 State of the leasing market

The market is becoming more and more balanced, shifting from a pure tenant market to one that is equal for tenants and landlords; although we would still call it a tenant’s market. The landlords are starting to push rental rates in stable buildings and pull back on their concessions – especially the free rent and tenant improvements.

The leasing market in Atlanta has improved greatly in the past 18 months. We are seeing more and more companies expanding their offices, and we have seen a great number of companies relocate to the Atlanta area. Two big things are driving the growth. First is the general rebound of the market and stable companies beginning to invest again and chose to grow their companies. We are seeing much more expansions and much less blend and extend type deals. Especially in the technology sector that is growing tremendously in Atlanta. The second is the State Farm effect. State Farm has leased over 1 million sf of office space in Atlanta in the past 12 months, causing many of the large blocks of space in the Central Perimeter to be leased up all at once.

I would tell a tenant looking for a new location to focus on the fundamentals driving their decision and not to let the “tail wag the dog”. They need to determine what are the two or three things that are going to be the most important, and then avoid considering buildings that won’t be a good fit. For example, if a short lease term is the most important thing, then don’t look at spaces that need a ton of build out and be willing to be flexible on the sub-market they are considering. Another example would be if recruiting is a major initiative, then don’t stress over $0.50 per sf on rental rate, but instead focus on the building/landlord that can build and design the space you want to attract the type of employees you need to hire. When companies know what they want and how office space impacts their business, then they make far quicker and better long term decisions.

Written by The Rofo Team

Stay in touch with us